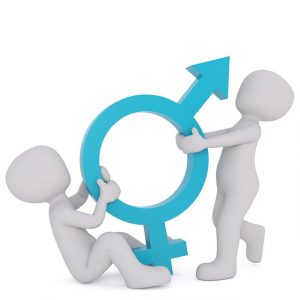 Do you like keeping up with the latest entertainment news? If so, you probably hear about famous people speaking out about gender identity. These days, the term “transgender” is commonly heard in various entertainment channels, thanks to actors, athletes, and singers who have decided to reveal how they want the world to see them. A notable example is Caitlyn Jenner, who has since become an influential spokesperson for the LGBT community. Here are some people you might know were transgender.

The name Jake Zyrus may not ring any bells, but a quick Google search should help you figure out who this famous singer is. Formerly known as Charice Pempengco, the singer from the Philippines first made waves in the local entertainment industry. Charice also appeared on the hit show, Glee, helping her rise to global fame. In June 2017, he changed his name to Jake Zyrus and announced plans of continuing his career as a singer.

If you’re watching Sense8, then you might find it surprising that Jamie Clayton was transgender. Known as Nami by fans of the show, she first enjoyed fame on TRANSform Me, a makeover series. She has spoken a lot about the difficulties she had to deal with to make it this far into her career. She now takes part in several projects.

Have you watched all James Bond films? If yes, then you may know Carline Cossey. She managed to build an incredible career in Hollywood and modeling, without revealing to the public her true identity. Caroline began hormone replacement therapy at only 17 years old. In 1974, she went through gender confirmation surgery. Despite the attempts by tabloids to reveal her past, Cossey continued to get big roles including For Your Eyes Only in 1981.

Jazz always knew she was different since she was a child. At the young age of six, Jennings became known to the public after her appearances on 20/20 and The Rosie Show. She then started a YouTube series of her own, garnering a lot of followers. In 2013, Jennings wrote “I Am Jazz,” where she chronicled her struggles as a transgender. She now plans to undergo gender confirmation surgery.

There’s no question that more transgender individuals are finding the courage and confidence to reveal who they are. And it’s interesting to see that they continue to enjoy success in their respective careers as society learns to accept the LGBT community.