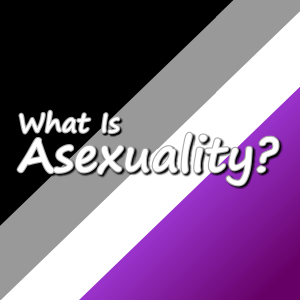 Asexuality is not the same as being celibate or staying away from sexual activity. When someone is celibate, it is usually due to a religious or personal belief rather than how they feel toward sex in general. A person’s sexual orientation is considered to be “enduring”. Therefore, while a celibate person may temporarily stay away from sexual activity, they generally keep the same orientation throughout their life. In contrast to this, a person who is asexual may still engage in sexual activity from time to time despite a lack of sexual desire. The reason for this could be to please their partner or even to start a family.

Individuals who consider themselves “asexual” may use the label while they are seeking to figure themselves and their sexual orientation out. However, asexuality can serve as an umbrella term that covers a variety of different factors. For example, some individuals who consider themselves to be asexual do not feel the need to enter into a sexual relationship but still find that they want to have a romantic partner in their life. Another asexual individual, however, could find that they do not desire sex or a romantic partner, instead preferring to stay alone. Both of these individuals would qualify as asexual while making decisions regarding their love life that fit themselves and their needs.

Some asexual people find that they do not desire sexual activity with other individuals, but enjoy pleasuring themselves. Again, asexuality can serve as an umbrella term where many different factors in this sexual orientation reside. What it simply boils down to is that someone who does not experience the desire for engaging in sexual acts can identify as asexual. This does not mean that an asexual person cannot or does not still choose to do so.

In conclusion, asexuality, like other sexual orientations, is a label that cannot be squished into a mold. If you feel that you identify as asexual, it is up to you whether or not you want to label yourself. You are still a unique person, no matter your sexual orientation.