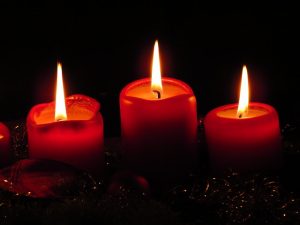 When hearing the terms aromantic and asexual, one might wonder what the difference is. Isn’t aromantic just another way of saying asexual?

Asexuality is considered a sexual orientation, but instead of describing what gender a person is attracted to, it describes a lack of attraction. An asexual is someone who does not feel a sexual attraction toward anyone of any gender.

Asexuality is not the same as celibacy. Celibacy is a choice that one makes to refrain from sexual behaviors. This could be for personal reasons, religious beliefs, health reasons, or for some other reason. An asexual person, on the other hand, does not choose to be asexual it is just who they are. They do not feel any sexual attraction.

Despite not feeling sexual attraction, an asexual person may choose to engage in sexual behaviors for a variety of reasons, even though they still don’t feel an attraction to the person they are having sexual contact with.

Asexuality is not impotence or low libido. Asexuality is not a medical condition it is a sexual orientation and an identity. A person can still be healthy without experiencing sexual attraction.

Aromantics usually consider themselves to be naturally aromantic, and that it’s not a personal choice they’ve made. It’s not that they lack the ability to make emotional connections, as they can often have such connections in non-romantic relationships, but they just don’t feel the need to connect romantically with anyone. They fulfill their emotional needs in platonic ways instead.

Some aromantics will experience what is called “squishes” a platonic crush on someone. This may become a relationship that is deeper than friendship, but still not a romantic relationship, sometimes called a queerplatonic relationship.