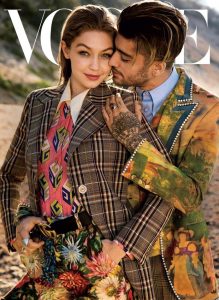 There are a lot of ways to identify when it comes to sexuality and gender. When it comes to gender identity, two of these identifications are “gender queer” and “gender fluid”. In this article, we will talk about the differences between both.

The first term we will discuss is “Gender Queer.” This is an umbrella term for individuals who do not choose to identify as one gender or the other. For example, someone who is gender queer may say at any given time that they are neither male or female, or both male and female. Some individuals identifying as gender queer may simply use the term as their stand-alone gender identity. Others may simply say that they are “other-gendered.”

The second term that some may use to express their gender identity is “Gender Fluid.” This is similar to being gender queer, but there are some differences. Where a gender queer individual chooses not to label themselves with one gender or the other, a gender fluid individual may consider themselves to be a mix between both male and female. For example, someone who is gender fluid may feel as if they are more masculine one day, therefore considering themselves male, and then more feminine the next, therefore calling themselves a female. The way a gender fluid person would consider themselves when it comes to gender identity has nothing to do with their genitalia.

It is worth mentioning that gender identity encompasses how a person feels. Physical presentation and sexual orientation are other factors altogether. For example, an individual who identifies as gender queer could have either set of genitalia, but feel that they physically presented themselves in the opposite gender, therefore feeling more masculine or feminine. However, this doesn’t mean that this could impact how they chose to identify when it comes to gender.

An individual who felt female one day and masculine the next day (therefore being gender fluid) would still have the same sexual orientation from one day to the next. Sexual orientation is considered to be “enduring.” This means that no matter how the individual identified gender-wise, they would still feel a sexual attraction to one gender, the other, or both at all times.

In conclusion, these terms help to clear any confusion others would have when it comes to how a person identifies. You by no means have to label yourself. Remember that you are a unique person no matter what your preference is when it comes to gender identity. And remember your friends might call you the wrong thing and make several accidents, but that’s OK. Just know that they support you!