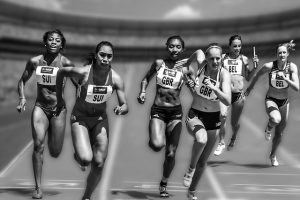 Being gay is something that wasn’t socially acceptable and is still frowned upon by people around the world.

While considerable changes have been made to legislation and education, it’s important to know some of the most famous gay individuals. Here are athletes who have come out about their sexual orientation and have been activists for the LGBTQ community.

He was the trailblazer when it came to gay athletes in the four major North American sports.

Before him, not a single professional athlete in the MLB, NBA, NHL, or NFL had decided to come out about his sexual orientation. With Jason Collins, this hurdle was removed, and he was openly declared as being gay. He felt it was time to set the trend and make sure players who were “in the closet” could get out and play without fear.

He had hoped someone else did it before him, but when the time came, he felt it was time to put the word out about his sexual orientation.

She is well-regarded as being one of the finest women tennis players to have graced the planet.

Her skill alone made her famous, but her stature grew as she came out as a gay athlete. Martina Navratilova is heralded for the work she has done on the court and continues to help others who are in her position. She came out during the 1981 season and played a lengthy career before retiring.

She’s one of the most famous basketball players of all time. In fact, she is called the female version of Michael Jordan when it came to her talent level.

Sherly Swoopes came out in 2005 and had a period where she was married to a man in the 90s. She has a son named Michael Jordan (named after her favorite NBA player) from the marriage.

She has supported the gay community and helped spread the word over the past decade. You can check out a video of some of her best highlights below.

David Denson is the first openly gay athlete in the MLB.

While he is a retired baseball player at the age of 22 due to pursuing other dreams, he has gone on to become a recognized professional in the gay community. He was able to break the barrier that was in place and spent time in the Brewer’s farm system working on his craft as a baseball player.