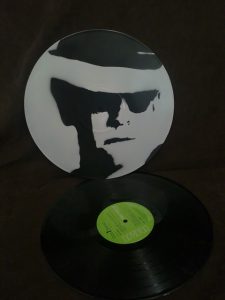 In this article, we will discuss some of the most famous gay musicians throughout history. Someone who is gay, or homosexual, is an individual who experiences same-sex attraction.

The first gay musician we will mention is Elton John. Elton John is known for being a wonderful singer, composer, and pianist. He is responsible for such iconic songs as “Rocket Man,” “I’m Still Standing,” and “Candle in the Wind.”

After a marriage to a female, Elton John came out as gay in the 1980s. In the year of 1993, he began a relationship with a man named David Furnish. Once it was possible to receive a civil union in the United Kingdom in 2005, the couple were among the first to pledge themselves to each other.

Adam Lambert has been a successful American singer and performer since he finished as the runner-up on the eighth season of American Idol. He has sold over 3 million albums since worldwide.

Adam Lambert is a homosexual. He has worked hard to support social activism and the rights of the LGBT community. He has also headlined for LGBT support events.

The third famous gay musician on our list is none other than Ricky Martin. Born as Enrique Martin Morales in 1971, Ricky Martin has made iconic music for years. He is known for his work as part of the band Menudo, and his solo singing career.

Ricky Martin was raised as a Catholic, although he is open to many religious faiths. Although he had dated women before, Ricky publicly acknowledged his homosexuality in 2010. He is a father to twin boys, born of a surrogate mother.

The last famous gay musician that we want to mention in this article is RuPaul. RuPaul has been active since the year of 1979, and these days he is known for not only his singing career but his work on RuPaul’s Drag Race, a competition television show that features drag queens.

RuPaul has been in a relationship with Georges LeBar since the year of 1994, and in January of 2017, the pair legally married. RuPaul continues to work with the public, both as his drag queen persona and himself.

In conclusion, throughout history, there have been many talented homosexual musical artists. The musicians that we mentioned here are certainly not the only ones. No matter their sexual orientation, these artists have proven themselves worthy of their fame through their work.