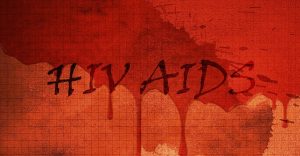 For folks who were born in the late 1980’s and afterwards, it might be difficult to conceive of a world without AIDS, safe sex and condoms being a regular part of the conversation. However, the HIV epidemic of the 1990’s is a big reason for that conversational freedom everyone in the country can experience today.

The epidemic started in big cities and spread to communities across the nation, including rural areas. Spread by intravenous drug users and folks engaged in unprotected sexual activities, it ran rampant before people even realized they were infected. At that point, condoms were used primarily for pregnancy protection, something the LGBT community did not need to worry about.

During the decade, countless men and women were assaulted and lost their lives to the disease, as case after case showed up during routine physicals and emergency room visits. The fun and partying of the previous years had been replaced by a more somber attitude as people lost their friends and loved ones to the outbreak. At that point in time, little was known about the virus and even less was known about how to treat and prevent it.

Safe sex became a topic of concern that extended well beyond whether or not your teenager got pregnant or got someone else pregnant. Parents, single folks and teens alike all understood that the situation had become far more serious. While getting other types of sexually transmitted diseases could create harm, most were easily treatable and concerns were overlooked in the heat of the moment.

However, the HIV epidemic showed that one night of fun could turn into a death sentence. The suffering that many of these patients went through extended to their families and the community at large. Outreach centers popped up to help victims, who were often ostracized by folks afraid of contracting the disease from them. It took years for researchers to set the public mind at ease that HIV could not be transmitted through hugs and sitting near someone.

Although the epidemic settled down somewhat, the problem of HIV and AIDS still exists today. The epidemic of the 1990’s is something that is sure to go down in history as one of the tragic medical events of the century. Many lives were lost in a short period of time, with homosexual men comprising a large group of the people who were gone before their time.