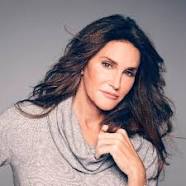 Caitlyn Jenner is a transgendered television personality and former Olympic gold medalist. Born William Bruce Jenner in the year of 1949, Caitlyn’s journey has been highly publicized throughout the years.

In 1972, Caitlyn, then known as Bruce, began competing in the men’s decathlon events of the Olympics. Around this time, Bruce entered into the first marriage to girlfriend Chrystie Crownover. Chrystie provided the majority of the family’s income by working as a flight attendant, while Bruce trained during the day and sold insurance by night.

Training ended in Olympic success for Jenner. In the years that followed, Bruce won many events and was inducted into many different halls of fame. During this time, however, Olympic athletes were not paid as they are now. They were not allowed to seek or receive payment as sports celebrities. So instead, Bruce sought to earn from his celebrity in a different way. This was accomplished by being a spokesperson for a variety of different products and even appearing on the cover of magazines like Sports Illustrated.

Bruce eventually moved on to starting a television, motorsports, and business career. Prior to her public gender transition, Bruce was married to three different women which produced a total of six children. Her most famous marriage was to Kris Kardashian, mother of Kourtney, Kim, and Khloe Kardashian, as well as son Robert. Together they had Kendall and Kylie.

Bruce and Jenner divorced in 2015, the same year that Bruce formerly came out as Caitlyn. She discussed how she had dealt with gender dysphoria since her youth and would often dress up as a female. She even engaged in hormone replacement therapy until her relationship with Kris Jenner became more serious and they decided to marry.

Caitlyn has undergone cosmetic surgery, and in January of 2017, she received sex reassignment surgery. While Caitlyn has transitioned, she states that she has never experienced an attraction to men. Rather, she always found herself to be sexually attracted to females. As she does not believe gender identity and sexual orientation need to go hand-in-hand, she has decided to identify as asexual for the time being.

In conclusion, Caitlyn Jenner has lived a very rich and fulfilling life. She has also bravely let her transition be publically documented, opening up the way for others to feel free to transition themselves.