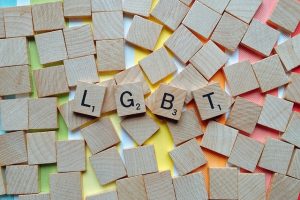 In terms of LGBT rights, the USA has come a long way in just a few short years. The terms that were held by both President Bush and President Obama saw a number of laws that were harmful to the lives of LGBT individuals repealed and the addition of laws that actively helped the lives of LGBT individuals as well. However, there are places in the USA where LGBT rights fall behind those of straight and cisgendered individuals, and where they are not as comprehensive as some countries in the EU.

In terms of housing, jobs, and the ability to marry, the USA is actually very advanced. You are able to marry anyone of any gender, and refusing to hire someone or firing them because of their sex or gender is not allowed. This also applies to housing and access to public places. However, there are a few states that have been trying to get this repealed, and whether or not a particular case is decided in favor of the LGBT person or couple will vary from state to state. Thankfully, individuals are able to bring their grievances to their state and then the federal supreme courts.

In terms of discrimination, many places still use indicators that someone is acting stereo typically gay as a way to keep them out of their business or housing. Many people still do not feel safe coming out of the closet or being with their loved ones. This is particularly true in states that have largely conservative or religious populations as this is where the majority of discrimination often comes from.

It is illegal in the USA to imprison someone for their sexuality. It is not illegal to have gay sex or to kiss a person of the same gender or sex in public.

Transgender individuals are able to change their gender marker at the federal level, utilizing their passport as a gender change tool. However, there are still several states that do not allow the birth certificates of individuals to be amended in this way, showing a problem with the use of statewide birth records rather than federal birth records.

Someone who is gay can serve in the military and there are steps being taken to make it easier for transgender individuals to serve as their transitioned gender in the armed forces.