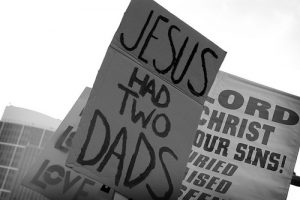 Everyone has a right to worship whatever religion they want and they should never be discriminated against because of their gender identity. This subject has been up for debate for a while now and with the supreme court ruling in favor of gay and lesbian marriage, it is no surprise that it has been met with a lot of mixed reactions from the public.

Religious groups that allow lesbian, gay, bisexual and transgender members are referred to as affirming groups. These religious groups include denominations, synagogues, and churches that do not consider being gay as a sin. Most are, composed of LGBT members only while others are made up of a non-LGBT congregation that has programs in place to welcome LGBT individuals and non-traditional families. The religions that allow this sort of practice includes the following.

This consist of Islam, Judaism, and Christianity which teaches that non-heterosexual intercourse is sinful and was acquired from the residents of Sodom and Gomorrah. In the modern era, there have been denominations within Judaism and Christianity that accept LGBT members and include them in the ministry. Some of them include:

The Torah is the source of knowledge where Jews acquire their opinions on homosexuality from. The punishment for this violation was death but this is different in the modern age since nobody has the authority to carry out death sentences. Progressive Jews believe that the old laws are no longer binding and are subject to change given the understanding of sexuality over the recent years. Conservative Judaism and Reconstructive Judaism allow gay and lesbian rabbis as well as same sex marriage to take place.

This where the radical views about homosexuality are experienced from one extreme to another. Here, one can experience complete acceptance by the church as a whole or downright condemnation for who they are. Some of the liberal Christian denominations do not regard same sex couples as evil. They include:

This church was founded to specially aid LGBT Christians in the community and openly welcome them in the community. They serve those individuals seeking integration of their sexuality and spirituality. They believe that Christian liberation and salvation is inclusive of everyone.

They believe that God continues to give new understanding of the scripture in the current ever changing world. The understanding should be undertaken together and participation of LGBT people in greatly encouraged.

Other religions that allow LGBT members to worship are Buddhism, Sikhism, Voodooism, Epicureanism, Raelians, and Hinduism. Just because one belongs to the LGBT community does not mean that they cannot practice their faith. Religious discrimination is a violation of human rights and nobody should infringe on them regardless of their personal views.