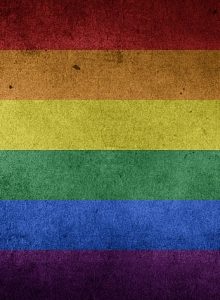 When it comes to gay rights, there are some countries where it is better to be gay. These countries recognize marriage between individuals of the same gender, have protections against discrimination in employment, insurance, and education. The United States has lagged behind these countries for years, often neglecting sexual assault cases of LGBT victims and denying them fundamental rights, but with the Supreme Court decision upholding gay marriage has helped improve conditions in the U.S., too.

There are 11 countries where same-sex marriage is legal. Seven of these countries are in either Scandinavia or western Europe. There is only one country in Africa and one in Latin America that allow gay couples to marry.

As a tide of goodwill toward couples of the same gender and gay individuals moves across the globe, attitudes about homosexuality are being altered. There are several countries that are way out in front when it comes to accepting the LGBT community and making these people feel welcome.

The Netherlands is one of the most accepting countries on earth. They are an extremely liberal country and known for their acceptance of the LGBT community. They were the first country in the world to legalize gay marriage and have a strong lesbian and gay community.

Another country that welcomes members of the LGBT community is Spain. This is a relaxed nation where most of the residents are advocates for gay rights. More than 85% of the country feel that Spain is a great place for gay and lesbian individuals to live.

In North America, Canada takes the lead in welcoming the LGBT community. Most Canadians support gay rights and the vast majority of the population believes Canada is a great place to live if you are gay. Canada was the first non-European country to legalize gay marriage and is in the forefront of fighting for gay rights.

Even though gay marriage isn’t legal in Germany yet, more than 87% of Germans support gay rights. The country welcomes everyone and has a robust and growing gay and lesbian community.

Belgium is another welcoming nation when it comes to gays and lesbians. The majority of the population of this small European nation believes it is a great place to live if you are gay or lesbian. Gay couples are allowed to adopt and same-sex marriage is legal.

Australia is also very welcoming to the LGBT community. Most Australians support gay rights and Sydney is one of the gay-friendly cities in the world.