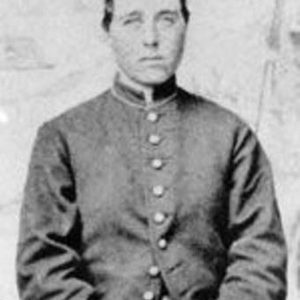 During the summer of 2017, U.S. President Donald Trump sent out a tweet announcing his plan to reverse an Obama-era policy that allowed for transgender people to serve in the armed forces. The policy, which now would officially ban such people from serving, has not been handed down as an official guide of yet, but it does lead to some questions. First of all, before Obama’s order, there was not an explicit prohibition of transgenders, but they were not expressly allowed either.

But the idea of transgender in the military is actually not that old.

It wasn’t called “transgenderism” back then, but there is a history of women dressing as men in order to fight for their side. In fact, perhaps the most famous “transgender” was Joan of Arc in the 15th century, who was ultimately burned at the stake for heresies – one of which was dressing as a man to be in combat.

Some researchers at the National Archives reviewed military records and found evidence of women who had dressed as men and served in the military during the Civil War. There is evidence that about 250 women fought on either side of the conflict, with their reasons varying from ideology to a need for work.

It is believed that most of those who survived the war went back to daily life as women, while some remained playing the role of men for the rest of their lives. Two of the more prominent cross-dressing “transgender” women were Albert Cashier and Lyon Wakeman.

Cashier was born as Irish immigrant Jennie Hodgers, enlisting in the Army at age 18 and fighting in the Illinois Army Regiment. After serving in 40 combat actions during the Civil War, “he” continued to live as a man, not being exposed until being examined by doctors following a car wreck 45 years after the War ended. “He” even forfeited an Army pension by refusing to undergo a physical exam.

However, when “he” died, several men who served alongside spoke up and pressed the military to give this newly-discovered woman full military honors at death, and the request was granted.

Lyon Wakeman started life as Sarah Wakeman, and went to work as a “man” to get out of poverty before signing up with the Union Army in New York, a teenage girl passing as a 21-year-old man. She served until she was killed in the Red River Campaign, her body buried under a monument with the name Lyon Wakeman.

Currently, there are estimated to be more than 130,000 American military veterans who are transgender in some form, with about 15,000 serving in the military currently, according to a Dallas personal injury attorney.

As cross-dressers or transgenders have served with honor and distinction for most of the history of America, the debate will roll on whether “Don’t Ask, Don’t Tell” applies to transgender soldiers, marines, sailors and airmen and whether serving alongside them (such as Chelsea Manning, for example) will impact military readiness or morale.  Currently, the president does not seem inclined to let it play out. But is this a slap in the face for those who have heroically served previously?