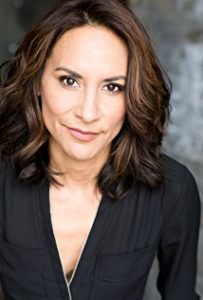 Michelle Bonilla is a gay latina actress who paved her own way through Hollywood over the years, but as difficult as that road has been she believes that it’s a lot worse for the men who are more often discriminated against for their race or sexual orientation. Even so, she felt her fair share of pushback due to a completely open portrayal of her own sexual orientation, and she believes that it is important to make sure fewer people experience that in the future. She avoids roles of the traditionally stereotyped latina, and she advises those trying to make it in the industry to go your own way and fight for what you want regardless of who tells you it’s impossible or that you don’t have what it takes.

When Bonilla made a short film with a deeply personal meaning for her peers (and herself), it was widely accepted by everyone in the industry–except her own newly hired agent. It was her own short from the get-go, and it was subsequently reviewed favorably by the critics after making it into several film festivals. It even won awards. Yet she still got criticized for the “type” of gay character she portrayed. The film about a gay relationship was autobiographical. To her, the criticism might have stung, but at the end of the day it didn’t matter because it was real. She found its creation fulfilling, and that’s the only thing that should matter to those who seek to create good art and make sure that the people who want to experience it are able to do so.

Bonilla briefly studied at California State University in Northridge, where aspiring actors train the same way. She received Stanislavsky training, and it wasn’t her cup of tea. Eventually, she found an alternative style in the Meisner technique, and it worked wonders for her creative spirit.

Because of the way latina individuals are often typecast to fit the mold of a particular stereotype, she has often turned down roles that don’t fit with her perception of her own community. After all, if those roles are the only ones people ever see, then that’s the way the rest of the world will see the latina community.

Bonilla is best known for her time on ER, where she sporadically played an ambulance worker in 58 episodes over the course of a decade, starting in 1999. She caught the acting bug early on at age ten before studying music, dance, and theater. Interestingly, she finds that better roles are coming her way now that she’s getting older. She continues to learn every day.