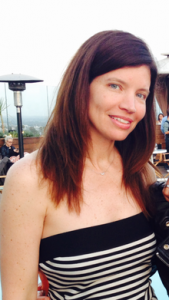 Jamie Babbit is a role model to many aspiring actors, directors and producers in the film industry where she has worked for over two decades. She is known for the films she has directed, included The Quiet and Itty Bitty Titty Committee, and also the TV shows Gilmore Girls, United States of Tara, Malcolm in the Middle, and more. She is openly gay and has two children with a former partner. She lives with her wife, and is still involved in the film industry.

Many of the productions she has worked on focus on relatable family issues with a fair bit of dark comedy thrown in for good measure.

She started acting at the young age of seven, enjoying humble beginnings at the Cleveland Play House before she transitioning to more technical aspects of production such as lighting and stage management. She always yearned to stay in the field, but she remained pragmatic while in college, first studying West African history before she graduated at Barnard College in 1993. She went on to study film at NYU–but only during summer vacation.

Like many of the biggest names in Hollywood, Babbit started at the bottom of the totem pole and quickly climbed upwards. She was first the assistant of an assistant to Martin Scorsese, then an intern for The Secret of Roan Inish. She finally made a jump to script supervisor when The Journey of August King was being filmed. She only got the job by lying through her teeth, and according to her she was grossly unqualified for the position. She learned fast, and continued onto similar jobs in the greater New York area.

Her goal was direction, and she made it happen in 1996 when she co-directed Frog Crossing with Ari Gold. Her next job was Sleeping Beauties in 1999. That was the same year that she directed the feature film But I’m a Cheerleader, making the gap between finishing education and her first feature a respectably short six years.

During her time in the film industry, Babbit hasn’t shied away from complex issues. In addition to the aforementioned shows, she also worked on Dirty Sexy Money, Drop Dead Diva, Looking, and the L Word.

Although she hopes to continue to make respectable feature-length films, she enjoys television and will continue to work in that field in the future. In doing so, she can spend more time with actors and enjoy a break from the added responsibility and pressures of directing feature films even as she conceives new ideas for the latter. She currently lives in Los Angeles at the age of 46.