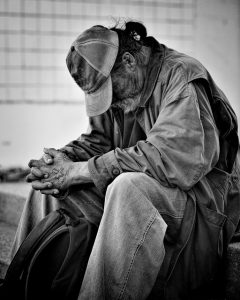 Individuals all around the world face inequality and violence because of who they are, where they come from, how they look or who they love. This is not an accepted virtue that should be encouraged in the 21st century since people should live in harmony with each other regardless of their background. It is a backward mentality that should not be encouraged at all.

This also applies when it comes to the gender identity and sexual orientation of a person. The self-identification process takes place at an early age and coming out is not an easy task. Some may opt to stay in the closet for fear of the stigma experienced in the society but that is not advisable as it can take a toll in the development process and cause low self-esteem.

Teens are greatly affected especially at school and home where they are abused because of their identity. Being a lesbian, gay, bisexual or transgender is not something that should be used to judge anybody. Even with various initiatives being done globally and with the legalization of gay marriage, homophobia still remains ingrained in how such individuals are treated.

Youths are likely to be homeless as a result of being evicted from home because the family is unwilling to accept them for who they are. In some cases, one is disowned and shunned by their own parents as well as relatives. Being of a particular sexual orientation does not in any way limit how one carries out tasks and should therefore not be treated as such.

Most teens run away from home as a result of being physically or verbally abused. It takes a toll in the emotional as well as mental state of a person making one feel inferior or making them feel that they are an abnormality. The physical abuse can result in sexual abuse especially for queer girls who may be subjected to corrective rape. It is a huge violation of human rights and the perpetrators of such acts should be brought to justice.

The environment at school is also a factor that can lead to homelessness. Teachers may not be around all the time to protect LGBT teens leaving them to fend for themselves when they experience conflict from bullies. The adolescents period is quite vital towards development and victimization does not help in enabling support and acceptance.

It is a brave new world out there which has no room for prejudice and stereotype way of thinking. We are all equal and everyone should be treated with the respect they deserve. Also, visit their website! They preach how opportunities should be made available to everybody and those individuals who think they can get away with abuse have another thing coming.