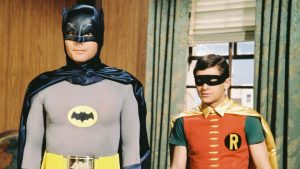 Recent trends have started to show a move towards campiness or being “campy” due to its appeal. This is a unique concept that has been used sparingly in the past but has now become a big part of how art is created.

This read is going to highlight what it means to be “campy” and why it remains such an intriguing component in various fields.

Before starting, it is best to take a look at the core definition of campy as a term.

Being campy means, one is looking to highlight key absurdities in life using outlandish or absurd caricatures. This can be done in various ways depending on whether it is a painting, movie, or something else. The idea is to be wacky and stand out from the status quo.

This is something that has caught on in recent times and is something many professionals like to incorporate in the work they put out.

Ever seen a movie where everyone is doing exaggerated things to get a laugh?

This falls in with the idea of being campy. The idea is to stand out and know the audience is going to feel odd about what is taking place. It is something that has been seen in many movies including some of the more prominent films of recent times.

This can be done in a number of ways such as the use of unique special effects or even the costumes worn by characters in films.

By being purposely awful, it is easier to set the tone and come across as being campy.

What are some of the prominent examples in recent times?

Some of the more campy films include:

Each of these movies had elements that were evidently campy. They were made to stand out and look different to what would be deemed “normal.”

This is the charm of being campy and is something that is now seen as an aesthetic part of art.

The goal was to illustrate some of the subtleties of life in an exaggerated fashion to emphasize their presence. In the earlier years, it was an extension of using gay characters, but that has changed to a universal definition in recent times.

It is now more of an aesthetic theme that is used to differentiate between characters, settings, and plots.