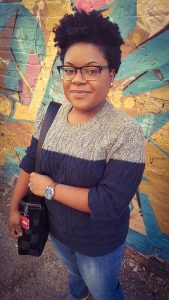 One of the terms that many people see when looking at the LGBT community is “androgyny.” However, many people don’t understand what this word actually means, and why it is important. Thankfully, the answer is pretty simple, and it gives a bit more depth to both your ability to describe people and the way that you look at the world.

Androgyny is basically the state of being between the sex. It is neither female nor male, it is not based on one sex over the other. It is something in between. Many people choose to make their personal style something that doesn’t conform to traditional standards for either men or women, meaning that their style is androgynous. This is not to be confused with gender fluid, a state that is fluid between two genders, or with other terms that mean being all genders at once, or even people who identify with one gender or sex and dress slightly outside of the norm.

Many people who choose to present themselves with androgyny as their main trait do not want people to think of them as male or female. They do not want to be identified with one or the other and will go out of their way to dress, act, speak, and look like they are neither. This can be confusing for some people, as society is very happily set in the current gender and sex roles. However, it is a valid way to identify and it fits most people much better than any other style or identity would be able to do.

Some people get surgery to remove certain characteristics, while other undergo hormone treatment. Others choose to express themselves with makeup, clothing, or even their hair. The communities built around this form of expression are often seen to come up with new types of clothing, to have various different shades of hair, and will generally stay away from more mainstream looks.

Overall, androgyny isn’t that hard to understand. It is a state of being between genders and sexes, not leaning towards any one, and not trying to be one or the other. It can be as simple as a man wearing something traditionally feminine and as complicated as someone’s entire orientation and identity. Talking to people who display themselves as androgynous is the best way to learn more about what it means to them and how they want to be identified.